Back The technology behind tablets

The technology behind tablets

What if medicines injected by millions could be delivered in tablets? After 95 years of delivering injectable therapies, Novo Nordisk’s research and development (R&D) team is finding answers to this enduring question. Chief Science Officer Mads Krogsgaard Thomsen is leading the way and here he reflects on the magnitude of the scientific challenge and the progress made in his laboratories.

For many years we’ve worked on a scientific challenge of huge importance: finding a way to deliver biological medicines like insulin and GLP-1 in tablets, rather than via injection. While the safety and efficacy of a medicine should always be the first consideration, we know from speaking to patients that convenience is highly valued – particularly when it is the difference between taking a tablet and injecting oneself.  So, if we could remove the barrier that needles inevitably represent, we could make biological medicines more accessible for patients and evolve our future offering to people with serious chronic diseases.

Putting a biological treatment in a tablet is far more easily said than done and we are not alone in having tried and failed to solve this scientific puzzle. Articles dating from the early 1920s provide testimony of the first of many attempts made by scientists to make insulin the first orally available biologic.

The challenge faced by any researcher is that the body digests and degrades biologics - peptides and proteins - in the stomach and gut. Acid and enzymes break down biological medicines the same way they would break down a steak - the body does not discriminate. As scientists, our goal is to ‘cheat’ the body’s system and find a way for biological medicines to bypass these digestive functions and get into the blood.

A breakthrough for Novo Nordisk

We made the decision to try to develop oral protein-based therapies after failing in our efforts to develop inhaled forms more than a decade ago. Although we were the first to show that insulin can indeed be taken orally, the technology falls short of this being a viable treatment for the millions of people using insulin around the world (you can read an article I wrote specifically about oral insulin).

The better news is that when working with GLP-1 – a class of molecules traditionally used in the treatment of type 2 diabetes and obesity - we have recently succeeded and shown that an analogue of the GLP-1 hormone can be taken in a tablet. The key was to design GLP-1 so that it remains stable in the stomach and combine it with a carrier molecule known as SNAC, provided by our partner Emisphere. In doing this, we developed the world’s first peptide in a tablet for the treatment of diabetes.

As a scientist, this is very exciting and I hope that in the longer-term, the SNAC technology platform can be applied to a broader range of biological medications that address not only diabetes, but also other serious chronic diseases.

A miracle of micro-engineering: inspired by the tortoise shell

While pursuing the future of oral peptide therapy, we’ve also turned our hand to the delivery of even
bigger protein molecules via a tablet. People who rely on growth hormones, clotting factors or antibodies are no different to people with diabetes in that they would of course prefer to take their medicines orally. We’re not as close to fulfilling this goal, but we’re very excited by the progress we’ve made in collaboration with Professor Robert Langer and his team at MIT.

Together, we’ve developed a tablet that once swallowed, self-rights against the wall of the stomach allowing penetration by a tiny needle made of solid drug molecules. The self-righting aspect of this technology is the result of some incredible micro-engineering initially inspired by the leopard tortoise and its ability to always find its feet thanks to the shape of its shell. Using this technology, we’ve successfully delivered insulin in animals and, although it is very early days in our research, our hope is that it could one day deliver molecules regardless of their size including clotting factor for the treatment of haemophilia or growth hormones.

The importance of aiming high

These are exactly the types of dreams and ambitions that I always want to see in our R&D organisation. We want and need to aspire to go way beyond where we are today. Scientists thrive on that challenge – to take on something that people think can’t be done.

In pursuing our ambitions, we have transitioned from only researching and developing injectables to recruiting some of the most talented scientists in the field of oral drug delivery. The task is extremely challenging and represents one of our company’s biggest projects in recent years. But my hope is that it won’t be too long before the portfolio of treatments that we can offer to people living with serious chronic diseases includes a variety of oral treatments alongside our established and important injectable options.

The pursuit of oral insulin

Novo Nordisk Chief science officer Mads Krogsgaard Thomsen reflects on the past, present and future of insulin in a tablet.

Towards a cure for type 1 diabetes 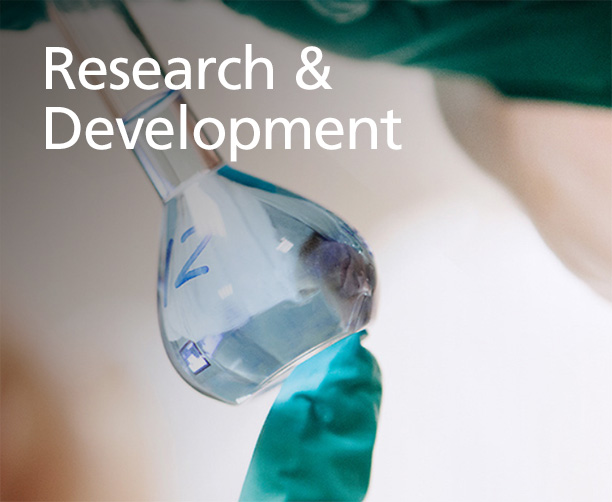 The future of chronic disease treatment

We continuously turn science and technologies into the next generation of efficacious and safe biological medicines.

Look into the future of chronic disease treatment

Turning your ideas into innovative treatments

We work in close collaboration with leading universities and biotech companies worldwide and are always on the look out for new partners with whom we share complementary capabilities and mutual interests.