Back Including the excluded

For a number of years, Novo Nordisk’s Danish headquarters has supported a project that looks at talent in a new way - striving to include those who slip through the net of ordinary recruitment processes.

If you met Alvin Moustgaard on the street, you would struggle to notice anything out of the ordinary about him. Courteous, well-spoken and extremely bright, you wouldn’t guess that he has lived with an autism diagnosis since the age of 10.

“My mother knew that something was wrong from an early age,” he says. “I was often frustrated and angry, and I would take this out on my younger brother. Later, when I attended public school for the eighth and ninth grades, I began having real problems – losing my patience and my focus when others were not on the same page as I was.”

Alvin’s impatience grew as he progressed to high school. Scaling up to a broader curriculum and greater number of classmates was a real challenge, and he eventually dropped out, opting instead for ‘efterskole’ – a special 10th-grade boarding school programme where he could take the time to gather his thoughts when things became too much for him.

Despite his struggles, he continued his education, studying English Literature at the University of Copenhagen, but lost his motivation one year short of earning a bachelor’s degree.

“I was tired and had lost my spark, so I took a leave of absence in order to be able to rejoin the programme later,” he explains - although this is no longer his plan. Instead, he has spent the past two-and-a-half years working at Novo Nordisk’s offices in Søborg, Denmark, where he deals with the administrative aspects of clinical trials - a job he really enjoys.

Alvin is one of seven employees recruited through Project Opportunity – a unique employment programme that seeks to match existing job vacancies within the company’s Danish organisation with the unique talents and qualifications of people living with autism spectrum disorder (ASD).

The brainchild of senior facilitator Liselotte Hyveled, whose own daughter lives with autism, the programme was initiated in 2013. It is run in collaboration with Denmark’s National Autism Institute, which acts as a recruitment consultant and provides ongoing advice and support to recruits – as well as Novo Nordisk.

“This is a unique model and we were the first company in Denmark offering it,” Liselotte explains. “The number of people with autism is frightening – and the problem is global. Many of these people are well-functioning and highly intelligent, but the majority of them are not in employment.”

For Liselotte – and for Novo Nordisk - the project has been an eye-opening experience, and a way to consider talent in a broader perspective.

“At Novo Nordisk, we are really good at looking at processes and strategic fit. But we need people who can do other things – perhaps from quirkier angles than we are used to,” she explains.

“We can see that the people with autism who have been part of the project are really good at manoeuvring in the processes, but they can also see when something is unnecessarily cumbersome or obscure. They are a talent pool we don’t consider. They give us something we will not otherwise get.”

For Alvin, the benefits of the project are clear. Being in full-time employment has led to greater independence outside of work – and the structure he finds in his job is something that he has also been able to apply to his personal life.

“After I started working at Novo Nordisk I became much more structured in my personal life – I’m much more organised now,” he says. “Moving out of my parent’s home was a huge change for me; it would have been much harder without the experience from Novo Nordisk.”

What is Autism Spectrum Disorder?

Autism Spectrum Disorder (ASD) is an umbrella term for a specific set of behavioural and developmental disorders.

People with ASD typically do not have a visible disability. Their development is marked by problems with social communication, interaction and language difficulties, as well as ritualistic behaviour and/or peculiar interests.

About one percent of the population has ASD. The incidence is rising, which is presumably due to increased attention and knowledge of the area, but also because people who have ASD often fail to measure up to society’s growing requirements for social ability and rapid change.

With millions displaced by war, business has a key role in helping refugees integrate, contribute and flourish in society.

Our role in helping refugees integrate and contribute

From research and development, through to manufacturing, marketing and sales, the skills and backgrounds that our employees bring to work are diverse. 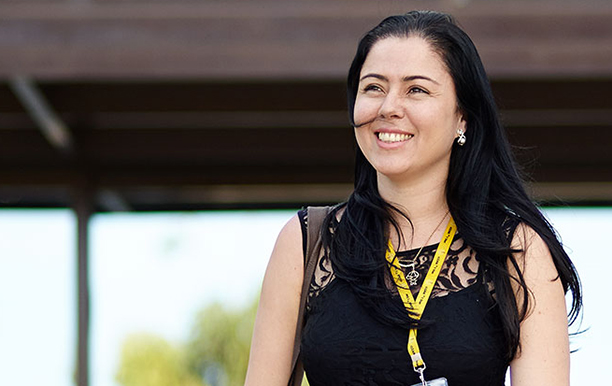 An open, diverse and fair working environment is a core part of being able to attract and develop some of the best talent from all over the world.

Responsibility in the workplace