Back With a little help from our peers

‘Green’, ‘healthy’ and ‘liveable’ are words often used to describe Copenhagen. Part of this is due to its urban planning, where public spaces, green areas and cycle paths are an integrated part of the city. Another feature is the fact that Denmark is a welfare state with universal health coverage.

However, despite equal access to healthcare and preventive services, socioeconomic differences still exist in the city. For example, when it comes to type 2 diabetes and the risk of developing it, citizens with low levels of education, unemployment and a non-western background are more likely to be affected.

Henriette Curtz Jansen is very aware of this through her work at a community health centre in Nørrebro, a neighbourhood of Copenhagen with a high degree of residents with non-western background.

“We see that ethnic minority groups often have a different perception of health, do not know the risk factors and are sceptical towards the municipality’s services,” says Henriette. “There are also language and cultural barriers which contribute to making these people difficult to reach through the traditional Danish healthcare system.”


Health in your language

Therefore it was decided to try a new approach to improve access to preventive healthcare for ethnic minority groups. The intervention – named Health in your language – is based on peer education where health advisors with similar socioeconomic and cultural background are recruited to facilitate dialogue-based meetings with the target groups.

According to Henriette, the key is to “meet the participants where they are” and build trust. Mixed ethnic minority groups attend the informal meetings held in basic Danish and the health advisors use pictures and props. The topics include dental health, sexual health, exercise, type 2 diabetes, healthy diet, vitamin D deficiency and smoking.

In 2015, more than 4,500 people attended meetings facilitated by the health advisors.

“The health advisors facilitate numerous activities in collaboration with staff members in the preventive health care centres,” Henriette explains. “The approach has enabled us to reach people that we would normally have a hard time reaching.”

Based on the positive results of Health in your language, it has now been decided to focus on a different ‘high risk’ group – men who are unemployed, single, above 45 years and with short educational background. “We know that this is a group of people who are more vulnerable to lifestyle diseases and type 2 diabetes and we would like to reach them earlier,” says Henriette.

Peers were recruited in early 2016 and Henriette and her team used creative ways to recruit men, who represent the target group, by handing out flyers in different locations which even included the local pubs. The recruited men receive a course in various health topics, but the project will be co-created based on their experiences and will have a strong focus on social elements, such as physical activities and cooking classes, as a lever to better health. The aim is to reach 200 men in 2016.

Besides Copenhagen Municipality, other stakeholders involved include 3F, the largest trade union in Denmark, and the National Institute for Public Health. The municipality has included the ‘Men in Copenhagen’ project in the Cities Changing Diabetes partnership with Novo Nordisk, University of Copenhagen, Steno Diabetes Center and the national diabetes association.

Having just kicked off the project, Henriette looks forward to start the action: “I am extremely motivated by the difference that I think we can make with this project with the help from our peers.”

With millions displaced by war, business has a key role in helping refugees integrate, contribute and flourish in society.

Our role in helping refugees integrate and contribute 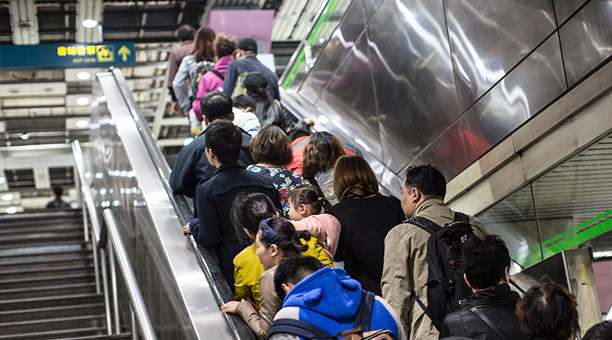 Two thirds of people with diabetes live in cities. Our response is through global and local partnerships.