Back It’s time we changed the conversation about obesity

It’s time we changed the conversation about obesity

President and chief executive officer of Novo Nordisk, Lars Fruergaard Jørgensen on why the definition of obesity is just the beginning of a broader, more significant discussion.

As CEO of a company that’s investing significant resources into researching and developing innovative treatments for obesity, I clearly think it’s important the world recognises it as a serious chronic disease with complex origins and presentations, but one which it is possible to both prevent and treat.

I also understand that many won’t share my perspective, and that the definition of obesity continues to spark much debate. But actually, I think that how we define obesity is just the start of a bigger discussion we need to have about the clinical reality of the disease, the scale of the challenge, and the role we each can play in addressing it. A definition, by itself, is unlikely to change the medical care that people with obesity should expect, nor will it turbo-charge our efforts to prevent the disease.

For this to happen, we need to shift the conversation about obesity: in our families, at work, in schools, in healthcare systems and crucially between people with obesity and their healthcare providers. I know this isn’t easy nor will it happen quickly. But, as leader of Novo Nordisk, I want to encourage this change because I’m convinced we owe it to those with obesity– now and in the future – to do more for them.

So what do I mean by changing the conversation? First, I think it’s about reflecting on what people tell us about their experiences and asking ourselves how the healthcare system could serve them better. For example, in a study we supported, nearly half of people with obesity hadn’t received a formal diagnosis and less than a quarter were offered follow-up care. Another key finding was that over 80% of people with obesity believe that weight loss is completely their own responsibility. I’m struck by just how lonely and difficult that must feel, and it highlights how far we are from consistently giving patients the type of individualised care they deserve.

The second thing we need is a sense of urgency and gravity in the debate: over the past four decades, the number of children and adolescents with obesity has skyrocketed: from five million to 50 million girls and from six million to 74 million boys, according to a recent study published in The Lancet. On current trends, they could outnumber children and teenagers who are underweight by 2022. This is a crisis for the world, with profound social, economic, and health implications for individuals and their communities, and one which, in high-income countries, tends to hit the most disadvantaged hardest.

At Novo Nordisk, we’ve also warned on the implications for type 2 diabetes if we don’t collectively grip the obesity epidemic. We need to cut obesity by a quarter to prevent 100 million more people living with diabetes by 2045, according to research by Cities Changing Diabetes, the partnership programme that we initiated in 2014. We need to redouble our efforts to prevent obesity. To do that, we need to learn from initiatives that work and collaborate across sectors: from how our cities are designed to how we promote healthier lifestyles.

The third thing I think we need in our conversation is empathy. When I meet people with obesity, I realise just how complicated this condition is, how varied it is, how much of an impact it has on people’s lives and how much there is still to learn about its causes and impact on people. It’s a challenging disease to live with that significantly impacts the individual with obesity and their family. Most importantly, many people with obesity make multiple serious attempts to lose weight but only 10% are able to maintain their weight loss for more than a year, according to research we’ve supported. And there is clear evidence of the stigma that people with obesity experience in their daily lives, and the effect this may have on their ability to seek and receive care.

I hope I’ve managed to convey my point of view that this is a debate of such significance that each one of us needs to consider how we can play our role in addressing it - whether as a person with obesity, a relative, an employer, a scientist or a healthcare professional. Here at Novo Nordisk, we have seven research projects focused on obesity. But we can’t just focus on medical treatment options without considering the broader context in which they will be used. That’s why I urge you to consider yourself part of a debate that merits thoughtful engagement from all of us. We’ve all got a responsibility to change the obesity conversation.

We are not waiting

Most companies involve consumers as early as possible in the development of a new product or service. This just makes sense – and is a business critical success factor. 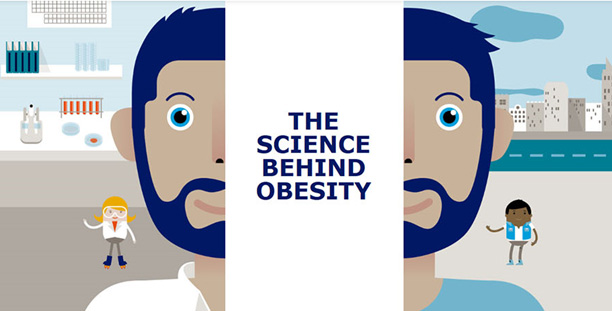 The science behind obesity

Obesity is a complex chronic disease influenced by many factors both inside and outside the body.

Learn about the science behind obesity

Two thirds of people with diabetes live in cities. Our response is through global and local partnerships.