Member of the Board and chair of the Research & Development Committee 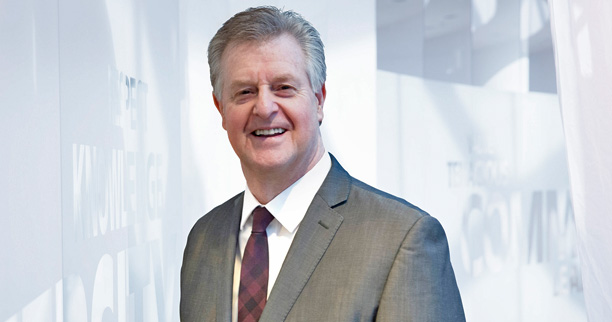 Mr Mackay co-founded Rallybio LLC, US, in January 2018 and serves as chair of the Board of the company and in an executive leadership role overseeing all research and non-research functions. Furthermore, Mr Mackay is a senior advisor to New Leaf Venture Partners, LLC, US.

Mr Mackay is member of the board and chairs the Science and Technology Committee of Charles River Laboratories International, Inc., US.

From 2010 to 2013 Mr Mackay was president of Global Research and Development at AstraZeneca plc., UK. Prior to that, Mr Mackay held a number of positions at Pfizer, Inc., US, from 1995 to 2010, including the roles as president and senior vice president within Research and Development. Mr Mackay was visiting professor at the Department of Pharmacy at King’s College, London, UK, from 1998 to 2006 and at the Department of Biomedical Sciences at the University of Lincoln, UK, from 1998 to 2014. Prior to that, Mr Mackay served from 1986 to 1995 as head of a number of departments at Ciba-Geigy Pharmaceuticals, UK and Switzerland. From 1983 to 1986, Mr Mackay served as a research fellow at the Department of Molecular Biology at the University of Edinburgh, UK. From 1979 to 1980 Mr Mackay served as a microbiologist at the Chemotherapeutic Research Center at Beecham Pharmaceuticals, UK.

Mr Mackay was first elected to the Board of Novo Nordisk A/S in March 2018 and has most recently been re-elected in March 2020. His term as a board member expires in March 2021.

In March 2020, the Board of Directors of Novo Nordisk A/S assessed that Mr Mackay is regarded as an independent board member as defined in Section 3.2.1 of the Recommendations on Corporate Governance designated by Nasdaq Copenhagen.

In January 2020 the Board of Directors assessed that the special competences possessed by Mr Mackay that are important for the performance of his duties are his background as an R&D executive with extensive experience in building a pipeline, acquiring products and managing the portfolio of early-stage and late-stage projects in large international pharmaceutical companies.